CANAPE: Chasing down the fish (video)

In December, we reported on the launch of the fish tracking project in Lake de Leijen. So far this has been very successful, and we can start to report the first outputs of this study.

25 Bream were fitted with VEMCO trackers. Their movement is being tracked in the Lake, and overlaid with data from google earth. Their movements over 10 days is shown by the video below. This has already shown that the fish have a strong preference for a particular area of the lake.

In addition to the 25 VEMCO tracked fish, a further 252 have been tagged with floy tags, and in some cases PIT tags. This will track movement of fish over longer distances when migrating. The PIT tags will be detected when they pass through large gates at the entrance of the lake. 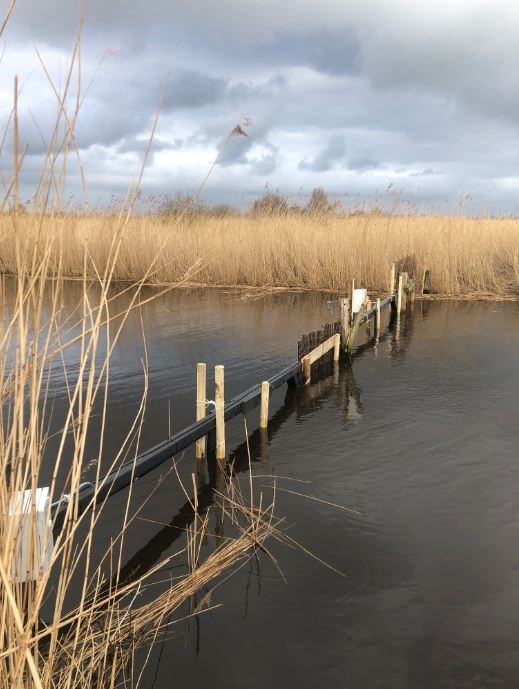 These gates are self powered by solar power powered, and will collect data automatically. This, coupled with data provided by fisherman reporting their caught fish, will help build up knowledge of how fish are using the water system.

As the lakes are important to the local angling community for recreation, they have been involved in and kept up to date with the project. On the 7th of March an update was provided to the Youth Board of the Regional Angling Community, to engage teenagers in the fish research. In addition, parents and grandparents attended, a crowd of over 50 people.