Given their crucial role in regulating the climate, the measuring carbon emissions in ecosystems is well understood. There are a variety of methods that can be used to establish precise measures, such as chamber measurements and eddy covariance.

Both these methods are useful for establishing scientific data sets for understanding the role wetlands play in regulating the earth’s climate. However, they are expensive, potentially up to 30,000€ per hectare studied. If we are to see rewetting take place on a large scale, and to allow farmers to show their carbon savings from raising water levels, this cost is a severe barrier. It would also place the calculation of emissions beyond the reach of many wildlife management organisations.

If organisations are unable to calculate their CO2 emissions, then it will reduce their capacity to access finance, either through grant schemes, through agri-environment, or the carbon credit market.

Fortunately there have been numerous projects that are looking at establishing proxies by which Greenhouse Gas Emissions and Sinks can be estimated. These primarily use plant communities and water levels, following the basic well established principle that a higher water table means lower emissions of CO2.

The largest (but by no means only) body of work done in this area has been assembled by of University of Greifswald in the Greenhouse Gas Emission Site Types (GEST) Methodology.

This uses the water classification and the plant types growing on the site to estimate emissions. These are based on a review of scientific literature, and uses previous studies to establish an average for each site which meets certain criteria.

This method is considered reliable enough for application in the Voluntary Carbon Credit market.

This methodology, the handbook for application has been developed in conjunction with the Carbon Connects Project, will be used to report the CANAPE project results. We use the GEST at its core, and build on it to address some specific aspects of the CANAPE project, including the fact we are working with lakes, and we would like to record the fuel use of our equipment to get a clearer net balance for our project. 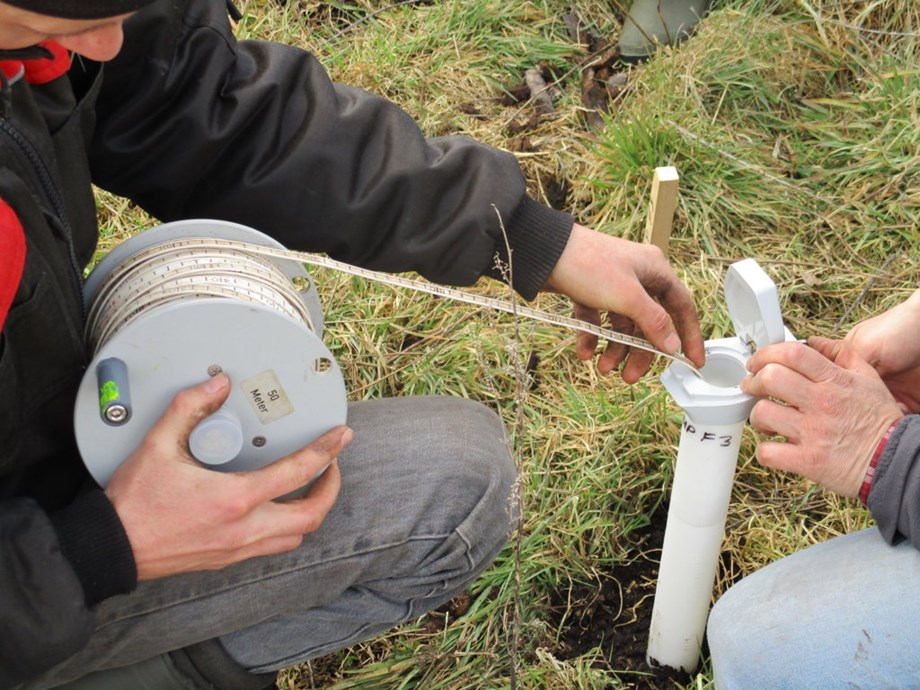 Measuring water levels with a piezometer.

Other methods being applied in the CANAPE project

Our Danish Partners (Natursyrelsen) Are teamed up with University of Aalbourg to cross reference the project results with some further modelling of the NEE of their site in Lille Vildmose.

A total of 75 soil mesocosms will be obtained from five different Danish agricultural peatlands. The mesocosms will be set up in the semi-field facility at AU Foulum under drained (GWT – 40 cm) and rewetted (GWT -5 cm) conditions. Investigations for first three of the five peatland sites listed below are financed primarily by the CANAPE project and the reminder two sites by the PeatWise project.

The mesocosms from each site will have three different treatments, each with five replicates:

For all three treatments, the grass sod is removed at arrival i.e. top 3-5 cm living biomass.

Other projects of interest

In addition to the work being done by University of Griefswald, we are also working in collaboraiton with the CARE-PEAT project and Carbon Connect Project.

Areas of uncertainty within our project

Whilst we have confidence in the figures we are reporting, there are some general areas of uncertainty that it would be remiss of us not to highlight. These are outside the scope and budget of our project to resolve.

One area of wetland management that has major uncertainties is the methane release from lakes, as this has not been studied to the same extent as terrestrial ecosystems. This is likely to be a growing area of study in the future.