In Värmland weather trends connected to climate change are already visible: higher temperatures, more rainfall (especially during autumn and winter), less snow in winter and thus less snow melting in spring. This results in changes in the flow of water, higher in autumn and winter and a longer period with lower between April-September.

With its 460 kilometres, central location, and powerfulness the river Klarälven is of great significance for many stakeholders in Värmland county. While being of great value the river also offers challenges regarding flood risk, erosion, and landslides. Measures taken to minimize the rivers impact on surrounding environment and infrastructure must also contemplate other aspects such as biodiversity, hydropower production and cultural heritage, making this a complex and important issue. Together with stakeholders surrounding the river Klarälven in Värmland, Sweden, we explored how a holistic perspective and cooperation across areas could benefit measures and development work in the area. This to promote collaboration and increase knowledge sharing about the impact of a changing climate on the Klarälven river’s flow, regulation and area.

During the case study, three workshops have been carried out, involving stakeholders on both local and national level. At the first workshop stakeholders jointly described different scenarios of climate events and their consequence for each sector. After the workshop a consult was assigned to conduct a flow modelling for the river, depicting different types of flows in the future and their effects on sediment transport and stakeholders along the River Klarälven.

At the second workshop stakeholders formulated goals for each area of interest to create a vision for the future in the Klarälven area.

– While doing this many of the participants became increasingly aware of the complicity of a holistic perspective and that it’s easy to agree on overall descriptions like ‘sustainable’ but gets complicated when trying to be more specific, says Karin.

Therefore, each goal was formulated in an overall perspective. The visions were then used in the third workshop to back cast and evaluate different measures by working two real cases. By using two real cases, one upstream and one downstream, it was possible to compare potential measures with the visions and estimate the possible effects on different sectors. Something that also showed the complexity of this issue and need to work with a whole system perspective.

At the third workshop the group discussed the flow modeling results and action proposals and their impact based on two cases. As the case study ends there is several important findings and experiences that will be of use when working with climate adaptation measures in the future. Not least the need and importance of a whole system approach where stakeholders are working together and considering the different sectors and their needs. Research and workshops have also contributed to gaining more knowledge about the river and also insights on what kind of research that is missing.

Read articles about the case study 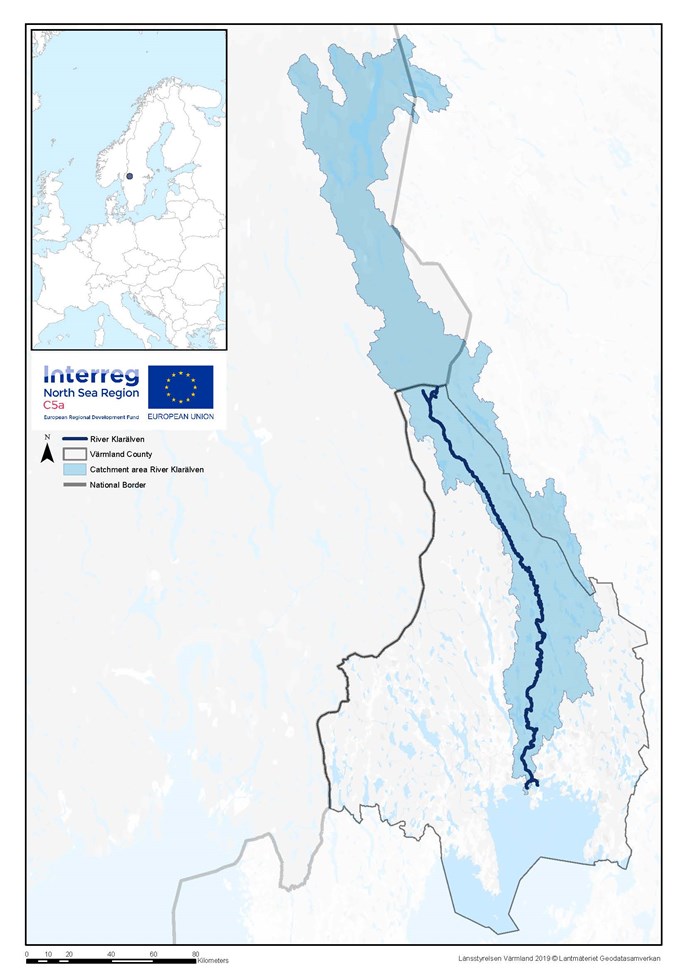