First-of-its-kind NFT hackathon by HOWEST was a great success!

20 May 2022 - Published by Evite van Winkoop
On the 23rd of April, Howest with the support of the BLING project organized a blockchain hackathon on the subject of water. The inspiration for the hackathon was given by Anna Ridler, an artist that makes artworks surrounding blockchain. She challenged the participants to create a project that mimicked nature: Non-Fungible Token (NFTs) that degrade over time, mutate or grow. As blockchain is usually very static, this change in perspective on blockchain was really interesting and the participating students enjoyed this hackathon very much. 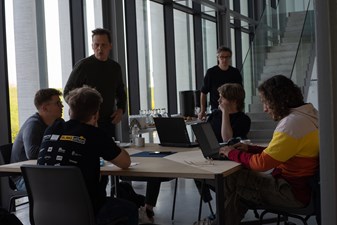 A Non-Fungible Token, or NFT is a blockchain based connection between a wallet and an unique, not fungible, item. This connection is registered via a smart contract on the blockchain. An NFT thus proves someones ownership over data, an item, photo's or a video etc.

Finding solutions for over-usage of water

The purpose of the hackathon was to find a solution for the over-usage of water. The winners of the hackathon (decided by Anna Ridler and a panel of technical jury members) received a ticket to the European Blockchain Convention and a hardware wallet. The Most Creative winner received prints of Anna's artwork along with hardware wallets, and the runner-ups received books about Ethereum and Lightning Network. We have realised this successful hackathon with 'LUCA School Of Arts', Cleantech Hub 'Snowball' and 'GLUON', a platform to connect researchers, artists, and companies.

The hackathon was a one-day event, starting at 9AM and ending around 8PM. This meant that the idea had to be developed quickly. To improve their ideas, a lightning pitch was organized where each group had 2 minutes to pitch their idea. Then the entire group could give feedback and ask questions. The teachers of Howest also helped the groups with their idea or implementation where needed. 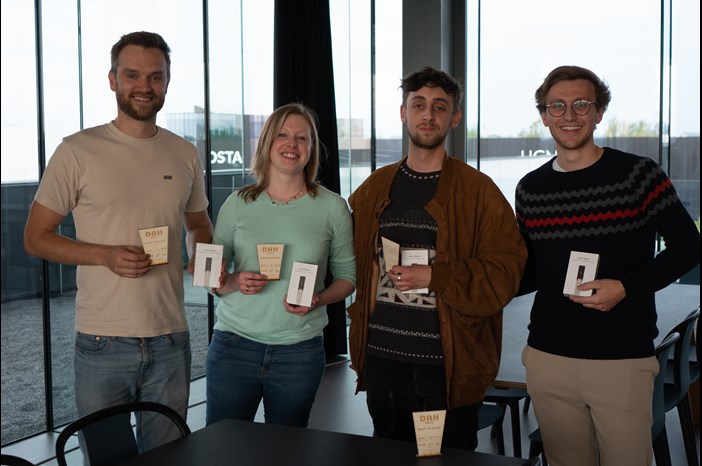 First of its kind!

This hackathon was as a first-of-its-kind decentralised autonomous hackathon (DAH), where everything is organised via the blockchain. Users register themselves in our smart contract and create their team. Once they pitched their idea, the jury can then use their votes (represented as NFTs) to vote for certain categories (in our case Best Overall, Most Creative and Runner-Up). Once all votes are cast, the hackathon is finished and the winners receive their winner NFTs automatically. We ran this DAH on the Polygon PoS blockchain, as it is an EVM-compatible blockchain with low fees that is on OpenSea. The collection has been published on https://opensea.io/collection/dah22 where you can see the team participant NFTs, the vote NFTs during voting, and the winner NFTs for each category.

There were several great projects but there can only be one winner of the DAH. This honour went to Kojo, a project where you are rewarded for saving water. Water usage is monitored using a tamper-resistant IoT-enabled water meter: when your usage is lower than the average usage of families your size, you receive tokens that you can use to water virtual flowers. These flowers need to receive water in a timely fashion to remain alive, just like real plants. In essence, you receive the water (which you are not using in real life) in the virtual space to water your virtual flower NFTs. Because this project focused on a solution to reduce water usage, included elements of nature such as degradation of plants, and seemed the most viable and ready at the end of the hackathon, they received the Best Overall prize. 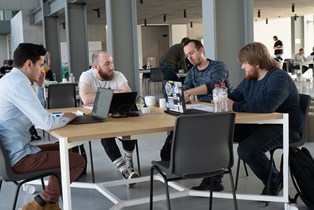 The resulting projects of the hackathon will be used for our students' next module, ‘Blockchain Project’. Here these ideas will be transformed into actual products. Furthermore, the generated ideas and projects serve as inspiration for our BLING research.

We are looking forward to next year's edition of the DAH, where we'll continue to iterate on this concept. We hope to see you there!