14 April 2022 - Published by Evite van Winkoop
On January 11th 2022, the biggest Dutch blockchain project called the Energy wallet (or EnergieKnip in Dutch) was officially launched. Nearly 50.000 Wallets were distributed in the municipality of Emmen. The city council of Emmen issued a grant to improve the energy efficiency of residential houses. The first batch of €150.000 was claimed in 10 days. The second batch of €150.000 was claimed in 13 days!

Read here this article on the first batch.

100% use of Energy vouchers realised

In the former editions of the energy vouchers, such as the one from last year, only 16% of the grant budget was claimed in a period of 7 months. Every house received a letter with the paper voucher and residents could exchange this paper voucher for items on energy saving measures. However, the budget was never fully used. This changed with the launch of the EnergieKnip. The EnergieKnip presented the users with 27 short and easy to answer questions giving the residents a way to share the information on a fully anonymous basis with the municipality. In this way the citizens received a wallet with points with a total value of €50. This easy to use and privacy friendly app resulted in the grant being claimed the full 100% in only 13 days! An impressive difference with the former system: 6x more money claimed in 1/12th of the time.

The municipality started handing out EnergieKnip QR-cards in the neighborhoods that had the lowest income and the oldest houses. The project was, from the point of view of a number of citizens, too successful because the money was claimed very quickly and not all citizens had a change to claim their share. This is why the city council of Emmen decided to extend the EnergieKnip. The budget was doubled from €150.000 to €300.000 and the city council gave a few thousand citizens an extra chance to claim their budget and buy energy saving measures for their houses. The extension was granted in February 2022 and this time the full budget got claimed in 10 days…

At this moment 8.500 citizens have actively participated in this project, shared their information with the municipality and received the €50 budget. Several municipalities are looking into using the EnergieKnip for a number of use-cases (rewarding their employees, stimulating tourism, stimulating health, fighting heat stress in a city, etc.) There is a lot of national and international interest for this project and even Al Jazeera English requested to follow up on our “Blockchain driven Energy project” (as they called it).

The municipality of Emmen has commissioned a feasibility study about building a wallet with several tokens for using earmarked money for residents which are in financial trouble. In this way Emmen would be able to support people with specific needs (distribute money which can only be used for buying food, paying for energy or giving them money in case they cannot pay for the membership of sports club their children would like to go to). Follow the BLING project and the Emmen municipality to find out how this success story will continue… 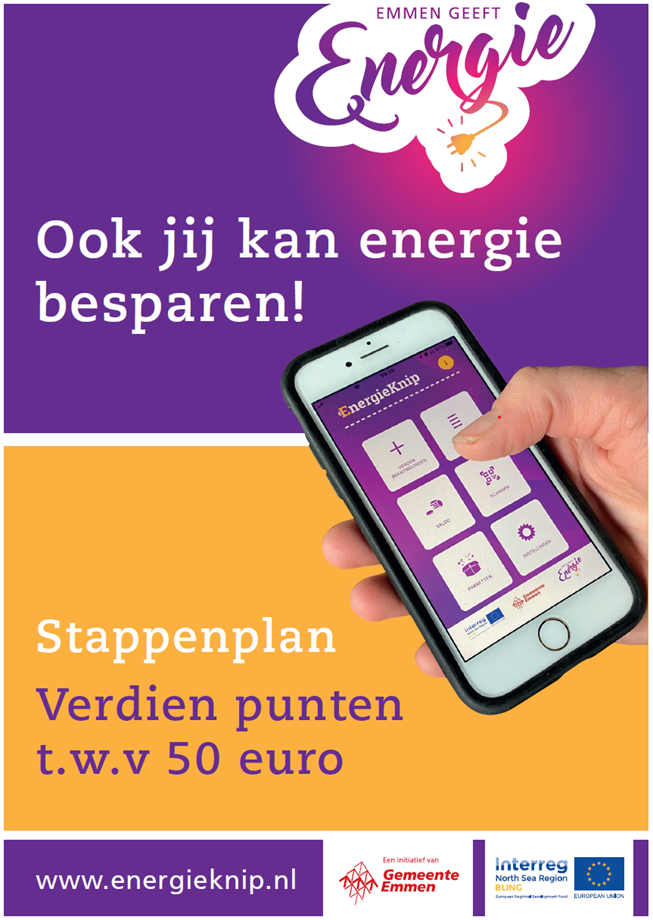