This interview is with Daniël du Seuil. Daniël is involved with numerous European initiatives related to blockchain. He is an active member of the EU Blockchain Observatory and EU Blockchain Partnership as convenor for the European Self Sovereign Identity Framework. In this interview he shares some insight on the projects he works on, EBSI, this thoughts on the future of blockchain and the role government should play in innovation. 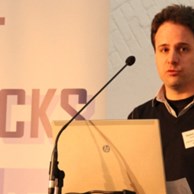 What kind of projects are you currently involved in?
I’m involved in the European partnership for Blockchain, an initiative of the European Union. I also participate in the EU Observatory, the European expert forum that does research on the trends and developments that are happening around blockchain. I used to be the program manager Blockchain for the Flemish government. That program has been resized a bit, as they felt it was a little too ambitious. So I’ve moved a bit from the national level to the European level. Which is good, I think we need to work on a lot of these challenges on a European level. And I work a lot together with for example Antwerp on blockchain challenges, such as blockchain on the move.

This will also significantly help with the interoperability side of the tech: if we have one infrastructure for Europe than it will be easier to solve cross-border use cases. Ideally, of course, you’d have a global standard because of lot of use cases have a global scale. This is quite complicated because it takes a lot of time to investigate, a lot of deliberation between countries and so on. But we think it is the way forward. So we work on a European blockchain infrastructure. Of course, this is not to discourage national initiatives, quite the contrary. We really want to help the use cases that need a (cross-border) technical infrastructure so we can facilitate cross-border use cases.

The question of governance
Because it is a new technology that works in a decentralised way, you quickly get the difficult question of governance. Who takes the lead? For example, when you realise that for some use cases you need to look at a European or even global scale, it can be a bit intimidating for a municipality or even a national organisation to take the lead on a European or global level. Is it the role for a city like Antwerp to take the lead on developing a standard, for example?

So there is the risk that organisations will start to wait on each other. To prevent this from happening, the European Union is investing quite a lot so that we can take the lead and the initiative. Organisations such as the European Observatory and INATBA are examples of that. In a sense, blockchain is very intuitive for Europe, because Europe is already quite decentralised. Especially compared to China, for example. Decentralisation is in our DNA. Of course, that has its own challenges. For a local government or city some use cases are too big or too complex to solve but they can be an important partner in a larger ecosystem and sometimes a catalysator for certain more regional use cases.

"innovation is a marathon"

What are the use cases that you are looking into right now?
There are several. Verification of diploma’s is an important one, since a lot of fraud is being committed with that. We saw that in a lot of places organisations are building their own solutions. That kind of innovation is very good, but everyone involved also quickly realised that many different solutions are not going to help in this case. So in this case a European or even worldwide infrastructure would be very helpful. Other use cases involve self sovereign identity and the authorisation of documents and bills. The technical infrastructure that we are building should really help to take these kinds of use cases into production.

What is your personal interest in blockchain?
Well, in the beginning I was fascinated by blockchain because of the bitcoin and the crypto side of things. I was very interested in the question how you can organize money in a decentralised manner. I was already working on innovation within the government, and I figured that the decentralised way that blockchain is organised might be interesting as well for other processes. I started to wonder how we could connect these things. Many problems in government are caused in part because government is organised in a very centralised way. I got an opportunity to work on these kinds of questions at the Flemish government. My focus now is mostly on self-sovereign identity, as I think that is one of the most interesting and relevant cases. A lot is going on in that field. And I quickly saw that this goes further than just the national level, this really is an international issue.

What kind of opportunities do you see for blockchain in government?
Well, transparency would be one. And tokenization. That has a lot of potential on how the government is managing certain things. You can make things easier to oversee and be more transparent. For example, you might tokenize a subsidy. That would make it easier to give insight how much subsidy the government has given to certain parties. But you could also tokenize infrastructure in roads, for example. So many different departments and governments work on infrastructure that nobody knows where what is anymore. If you would treat it as an asset or token, it would help you to create more overview of what is happening and who is doing what. This has enormous potential. However implementation requires an enormous amount of coordination. So often the classical solutions are chosen, because they are faster.


For government public services, it is important that you are able to fix errors. Part of the promise of blockchain is that you have a ledger that cannot be altered. How do you see blockchain in this regard?
Well, you can implement blockchain in a very strict way and say it’s not possible to fix something. I think that is too dogmatic. Of course in blockchain applications you cannot overwrite a transaction, so you cannot delete or hide the mistake. But, it is possible to update it, so then then you change a value and make it correct. The older transaction is still there, so you do have an audit trail. You’re going to need some form of revocation. You can implement a blockchain system in a very decentralised way, which gives you less ability to fix mistakes. But you can also add a little bit more control. That’s a question of implementation and configuration and most important of governance even in a decentralized system.

Can you tell us a little bit about blockchain on the move?
Yes. This was a project that started about two years ago. It originated with a classical case: people moving house. We thought it should be made easier to solve this with blockchain technology. Now there are a lot of departments that all have a lot of data. It would be convenient if certain data is shared, for example. And it should be easier for users to see where is what data. In search to make this process easier, we came across self sovereign identity. So we asked the market to help us build the building blocks for this, since not much existed yet. We wanted to explore what Self Sovereign Identity could bring us.

After we had developed some technical means, we quickly realised that the biggest challenge was not the tech, but the organisation. In practice, such things are quite complex. So we looked critically at the available use cases, and also tried to see which ones were use cases in the private sector. The idea was to bring this together. Because we also realised that citizens don’t want to have all sorts of different wallets. So we need to look at this from a national and European level. But that also complicates things, of course.

Do you have any thoughts you would like to share?
Oof! Well, that would be that innovation is a marathon. It is about the long term. Usually, there are not a lot of quick wins, if any. You need a lot of partners, a lot of coalition building. But it is very important that the government takes on this role. It may sound a bit contradictory, to have government help to create a decentralised network. But we see that in countries where governments don’t take on this role it is a lot harder. So you really need it, you need innovative government that lead, help and facilitate and help pave the way.