By Jana Klemp and Johannes Schering

The quality of the bike path surface is an important factor whether cyclist feel comfortable when using the bike or not. In addition, the state of the surface also influences the travel speed. Until this moment there has only done little research on this topic. As part of the BITS project the University of Oldenburg, Department of Business Informatics (VLBA) and the Province of Antwerp working together in the research about the comparability of different sensor systems that measure the surface roughness of bicycle paths. 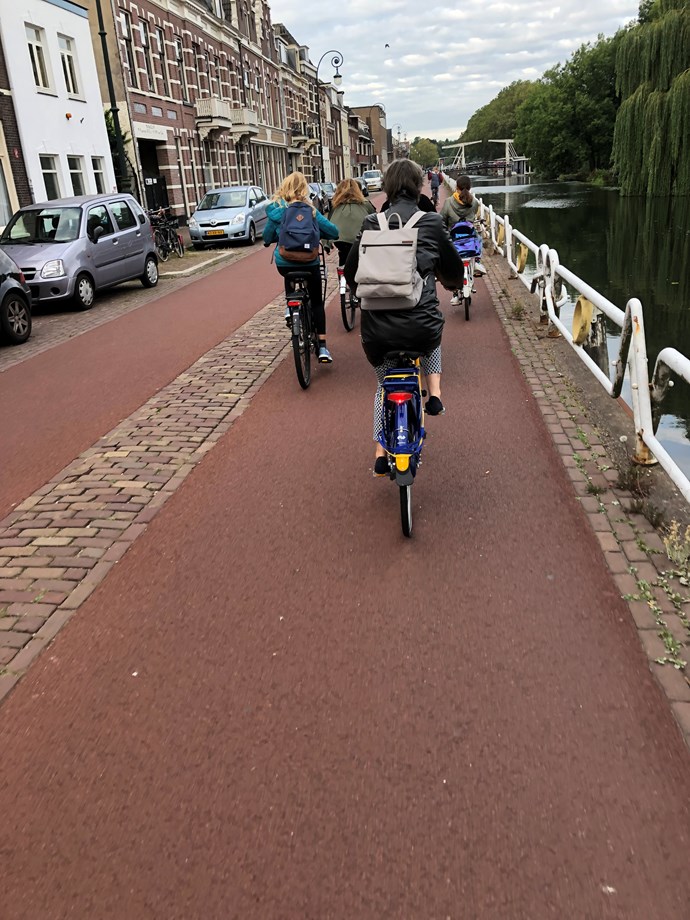 Therefore, the Province of Antwerp has done measurements on five roads using three different sensor systems that measure the roughness of the paths. All three systems have in common that the surface roughness is calculated by an accelerometer. However, the sensor systems are working differently and are constructed in different ways. In addition, the calculation of the GPS position is done differently and they all do additional computations that result in different outcomes.

The aim of the research is that the measurements of the different sensor systems can be transformed in that way, that they are comparable with each other. Until now measurements for streets have to be done although there already exist data about the streets but in a different value range. It should be made possible that existing data can be transformed, so that it is no longer necessary to measure a street multiple times.

For the research, marks were painted on the street to ensure that the starting point for all tests is the same. Then data for each 12,5 meters including GPS values have been collected. Now the University checks if distances based on the GPS coordinates are sufficient for data analysis. It is easier to link data by GPS coordinates as using relative locations, that are based on distance intervals. 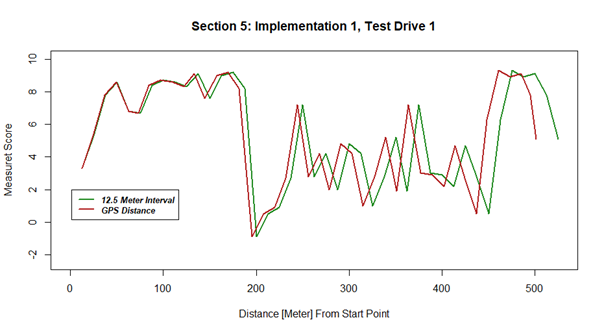 Figure 3 shows the measured values for one ride. The values are plotted depending on a 12.5 time interval (green line). Further, the measured GPS positions have been shifted to a predefined GPS track and the values are plotted depending on the distance of the start position of that track. The visualization reveals, that with longer distances from the starting point, the values differ more and more. This is due to the shifting of the GPS coordinates. It has to be further investigated which of the two plotting variants is more accurate.

The Business Informatics team is already experienced in processing and analysing bike sensor data in terms of surface quality. As part of the Oldenburg based research project ECOSense the University also investigated acceleration data to learn more about vibrations on a bike trip. In general, many vibrations can be detected when cyclists are crossing intersections and related infrastructure elements as kerbsides or potholes. Many vibrations may also be registered when the surface type is changing (from asphalt to Dutch clinker etc.).

The Province of Antwerp and the University of Oldenburg (VLBA) are going to do further research on the type of the surface, unevenness, broken path sections with potholes, kerbs and changes of surface types of the data sets that were gathered in Antwerp as part of the BITS project. Such information can be used for policies and institutions for infrastructure. Today, there are collected a lot of data. For now, it has to be investigated for which work and task these data can help to facilitate the work.