A partnership between the Flemish government, the Flemish provinces, and the cities and municipalities of northern Belgium, called ‘De Grote Versnelling’ or ‘The Great Acceleration’, calls for governments, companies, associations, schools and other stakeholders to promote cycling. De Grote Versnelling wants to accelerate, broaden and deepen the bicycle policy in Flanders. Bicycle policy 2.0 so to speak.

This program for the realization of a scaling-up of cycling policy in Flanders is situated in the context of the organization of the World Cycling Championships in 2021 in Flanders (Knokke-Heist, Bruges, Antwerp and Leuven). The organization wanted to leave behind a cycling legacy.

The aim is to join forces and make so-called ‘bicycle deals’, agreements between various governments, companies, associations, schools, knowledge institutions and other stakeholders. These are concrete collaborative projects to encourage bicycle use with a multidisciplinary approach. We want to integrate education, health, land use, culture, sport, social inclusion and mobility policies on a local and regional level. Stakeholder engagement is crucial in this process.

The program management of De Grote Versnelling is developing a network organization in which all those involved work together on an equal level in a co-creative process to raise the bicycle policy to a higher level. Joining forces is central to the development of bicycle deals.

Flanders wants to raise the number of people using a bicycle for functional travel to 20% by 2025 at the latest. Currently, 16% of functional travel is done by bicycle, a level equivalent to that of Denmark. The longer-term goal is to catch up with the Netherlands.

Two bicycle deals illustrate our approach and how we intend to achieve our goal of increasing bicycle use.

Revolution in the traffic bulletin

Last fall, we entered into a bicycle deal aimed at adding information about bicycle infrastructure to the traffic bulletin on the public radio station. Since the 1980s, the traffic bulletin has focused primarily on the automobile. This changed at the end of 2021 when the user organization Fietsersbond, the public radio broadcaster VRT and the technology company HYPE joined forces. It is the cyclists themselves who report problems en route via the app ‘Fietsersbond’.The public radio stations Radio 1, Radio 2, MNM and Studio Brussel now also warn cyclists about problems such as fallen trees, slippery bike paths and road works on the bike path on their route to work or school. But it is also meant to bring about a mental change: 'there is even news about cycling in the traffic bulletin, well maybe I should consider going to work by bike more often'. And of course, this app can provide a lot of data on cycling. 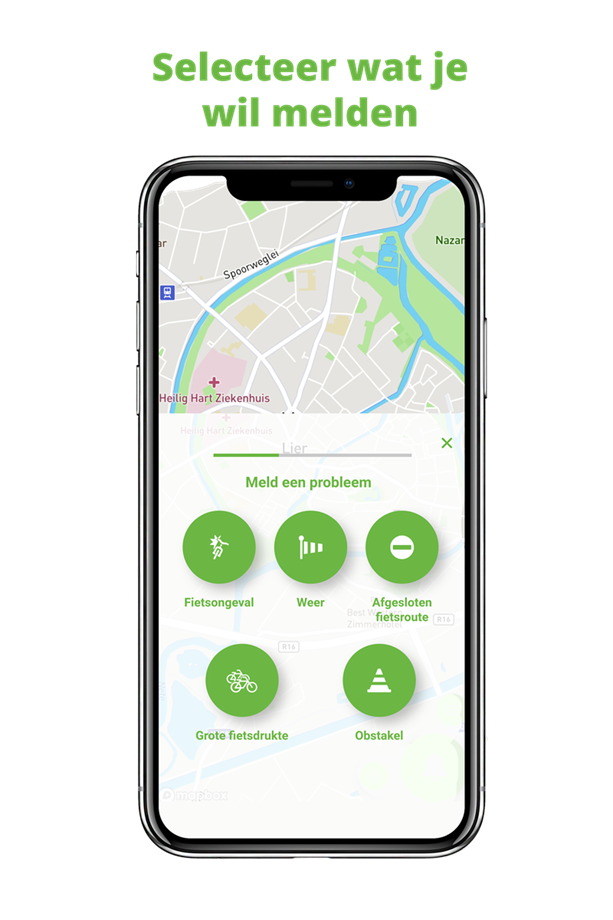 Use of recreational bicycle routes to work

To create this awareness, signs have been placed from the recreational routes to nearby businesses. This is very convenient for the employees of those businesses. But this bike deal also wants to create a mental shift in the minds of all employees, "I can bike to work and I can even use the same routes as when I bike recreationally on Sundays."

The Fietsersbond created these routes - in cooperation with the local authorities - and placed the signposts in the right places in the cities of Antwerp and Bruges. 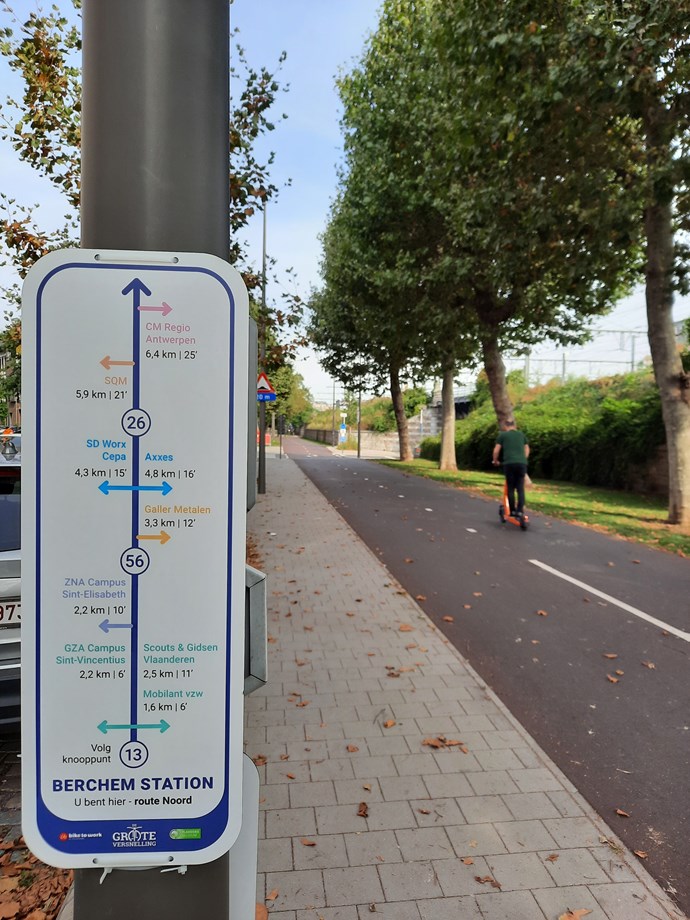 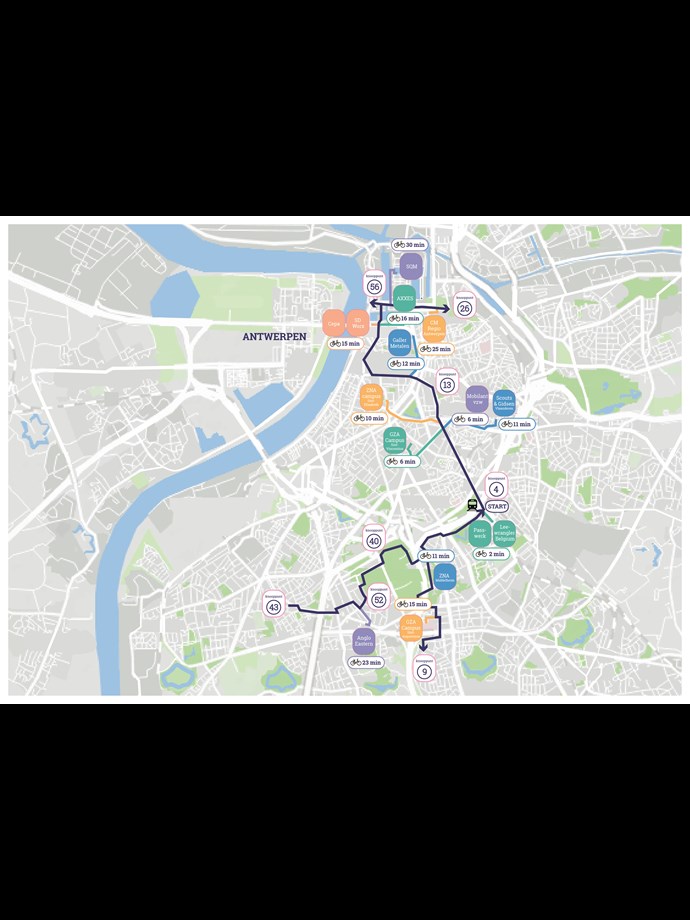