Sniffer Bike shows interesting results about bicycle use in the Netherlands

Bicycle sensor applications have a high potential to receive new knowledge about cyclists’ behaviors and preferences. Therefore, more and more cities in Europe started to provide bicycle sensor systems to the citizens. The Sniffer Bike (Snuffelfiets) project, which started in May 2019, is a collaboration between the Province of Utrecht, Civity, SODAQ and RIVM. More than 500 citizens from several Dutch cities are using Sniffer Bike to collect data on air quality and bicycle trips. A main focus lies on the region of Utrecht but more and more sensors are used in neighboring regions. Sniffer Bike is part of the BITS project as an implementation of the City of Zwolle. 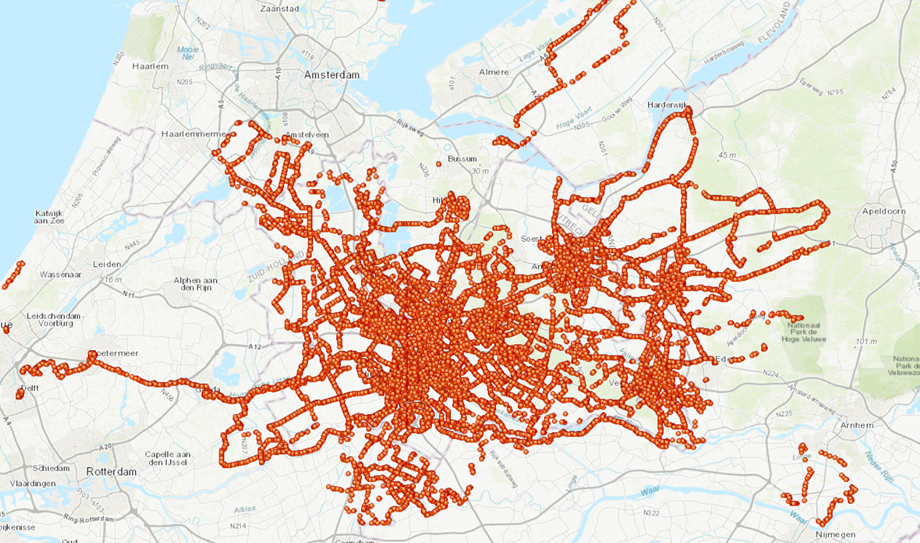 After about one year and after a cleaning up of the cycling data (e.g. deleting too fast and too short bicycle trips) more than 100.000 bicycle trips all over the Netherlands were detected. An average trip has a duration of 20.46 minutes time and a distance of 4.76 kilometres. The average distances differ day by day and between working days and weekends. The average distance between Monday and Friday lies between 5 and 6 kilometres while a decrease to 4.40 kilometres at Saturdays and a remarkable increase to 6.42 kilometres at Sundays can be perceived. Similar to bicycle cities such as Antwerp and Oldenburg, the number of bicycle trips of the Sniffer Bike users decreases during weekends especially on Sundays. The numbers in the Sniffer Bike case indicate that the bicycle in the Netherlands is used very frequently in daily life but people also like to cycle in leisure time as it is shown by the increasing distances on Sundays. 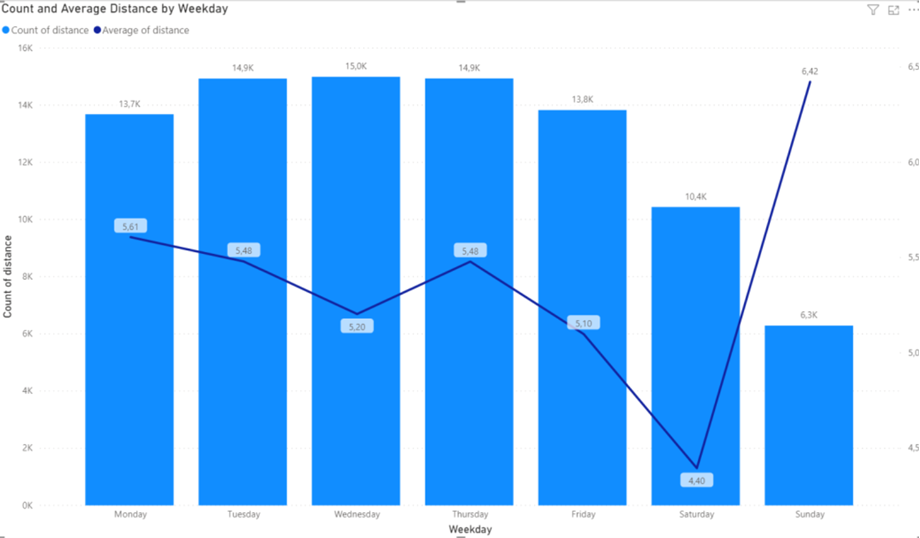 In terms of the starting time of the trips, there is a remarkable peak between 7 and 9 in the morning and 4 and 6 in the afternoon. This could be an indication that many people use the bike to go to school or to work. The time distribution is also very similar compared to the counting data from Antwerp and Oldenburg on weekly days. In addition, between 6 and 8 in the early morning very high average speed levels of the measured Sniffer Bike trips could be perceived. A high number of commuters could be assumed. 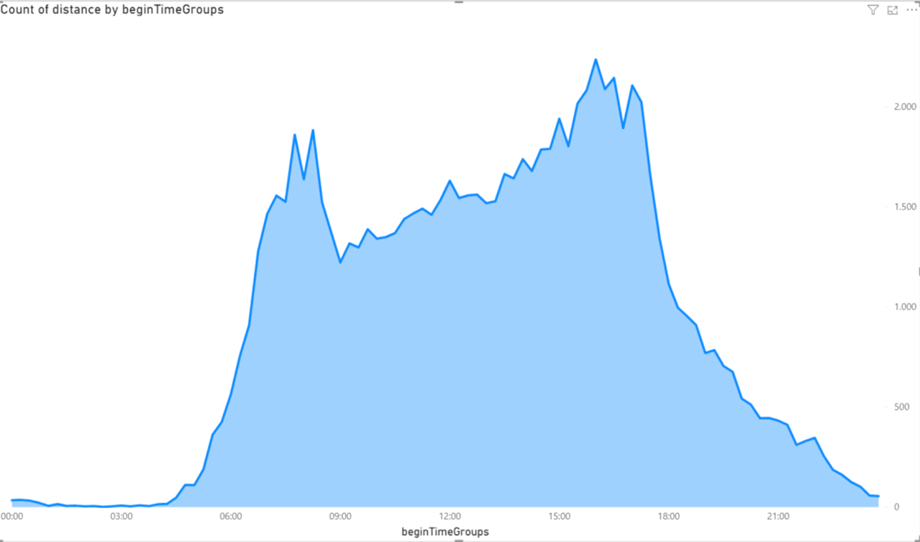 It has to be mentioned that these numbers are influenced by the Corona pandemic. As Mobycon published recently in an article, during the European wide lockdown in March the number of bicycle trips in the morning decreased. At the same time there were more bicycle trips around noon and at 4 in the afternoon. Due to the fact that many people were working from home during that time, it can be assumed that people cycled more for leisure.

This article is written by Johannes Schering, University of Oldenburg.