Increase in recreational bicycle use during COVID-19

The Covid-19 pandemic has a remarkable impact on bicycle use. This is proven by the measurements of bicycle counters from cities all around Europe. A clearly visible trend is that the share of bicycle trips at weekends or holidays increased in relation to working days. As peaks in the morning and the afternoon hours are mainly missing it can be assumed that less people commuting to work while people leaving their homes for cycling tours more often.

Nonetheless there are some remarkable differences at the local level in the European context. The Province of Antwerp in Belgium recorded an amazing increase of bicycle traffic particularly for recreational purpose. Compared to last year the number of cyclists counted at weekends during April and May 2020 more than doubled. The numbers also show that the volume of bicycle traffic has shifted from a morning peak to the afternoon. 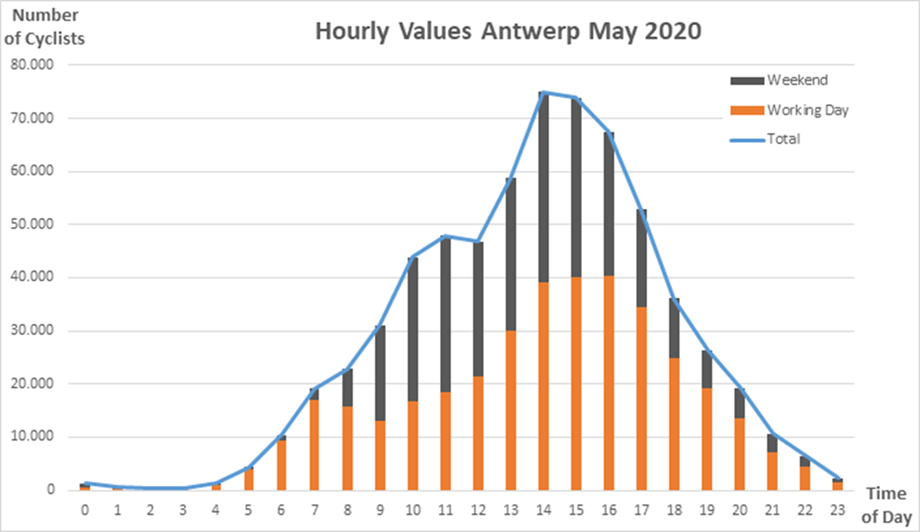 In Northern Germany the situation is quite different. Lower Saxony is the part of Germany with the highest share of bicycle trips in relation to other means of transport. During the strict Corona lockdown bicycle usage reduced even in cities with the most distinctive bicycle culture. The number of counted cyclists at working days in Oldenburg between mid of March when public life was frozen until end of May 2020 halved compared to 2019. The city of Goettingen, where the first cycle highway of Germany“eRadschnellweg” which connects the railway station with the University was opened, perceived a decline of more than 50 percent between Mondays and Fridays at the same time. At least the reduction of bicycle use during weekends was less remarkable in both municipalities.

The trend of bicycle counting in southern Germany seems to be quite contrary. The measurements of the six counting stations in Munich does not only show an obvious increase at weekends but also raised noticeably during working times. Between April and June 2020 more than 900.000 cyclists were counted in Munich what means an increase of 29 percent compared to 2019. 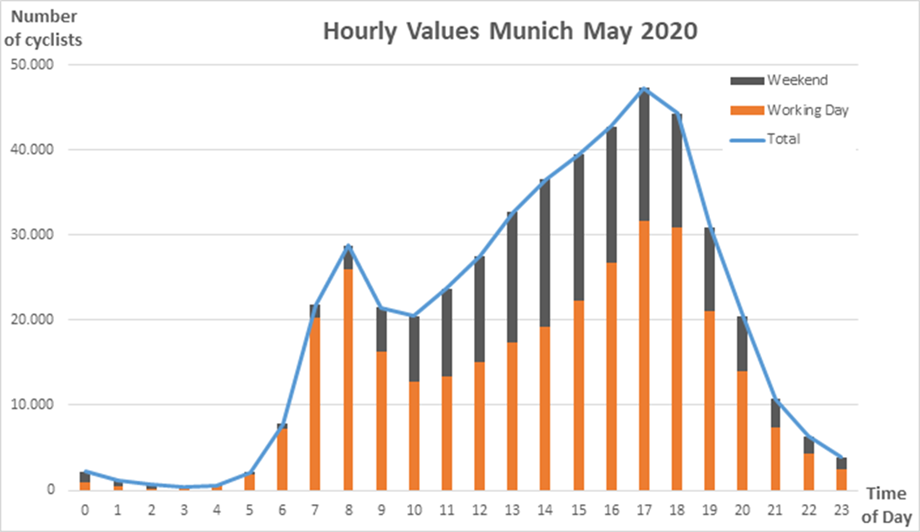 Source of the cover picture: this file is made available under the Creative Commons CC0 1.0 Universal Public Domain Dedication.