Flanders are the second bike region in Europe with Denmark

The results on the most recent Flemish research on travel behaviour show that people in Flanders cycle as much as the Danes. With a modal share of 16% of bikes out of all displacements, the Flemish are on the same page as the Danes. The bicycle use has increased by nearly 3% in the last 5 years (12,57% to 16,24%). This makes Flanders the second bicycle region in Europe. The Netherlands is by far in pole position in this ranking. In the Netherlands one in four displacements is made by bike. In comparison to other European countries, the share in car displacements is very high, but a small decrease is noted. 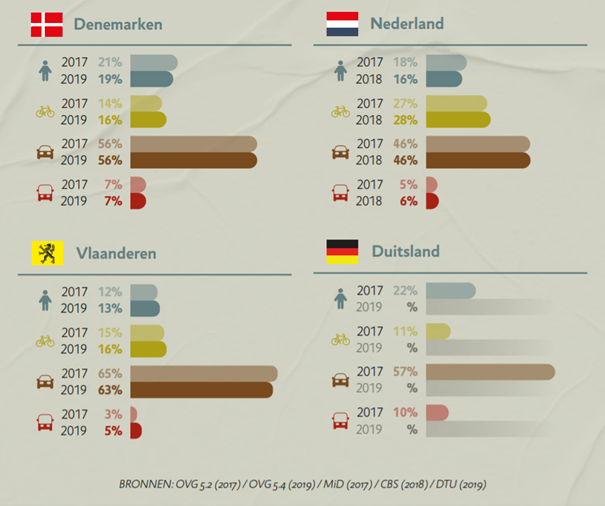 Flemish citizens want not only more and better cycle infrastructure, but they ask also for theft-proof cycle parking spaces. As the Flemish cycle more and longer distances, they rise their expectations on a robust cycle network. They now find Flanders as cycle friendly as in 2018.

The social aspect of cycling is highly rated by the Flemish. They think it’s important to have enough space to cycle alongside each other on the cycle paths and still be able to take over a pair of cyclists. The increased diversity in different types of bicycles and the difference in speed between the cyclists strengthen the need for adapted wider cycle paths.

Breakthrough in the use of shared bike systems

The number of Flemish using shared bike systems saw a huge increase from 2% in 2018 to 9% in 2020. Shared bikes have become an important part of the Flemish mobility system, especially in urban regions and in combination with public transport. 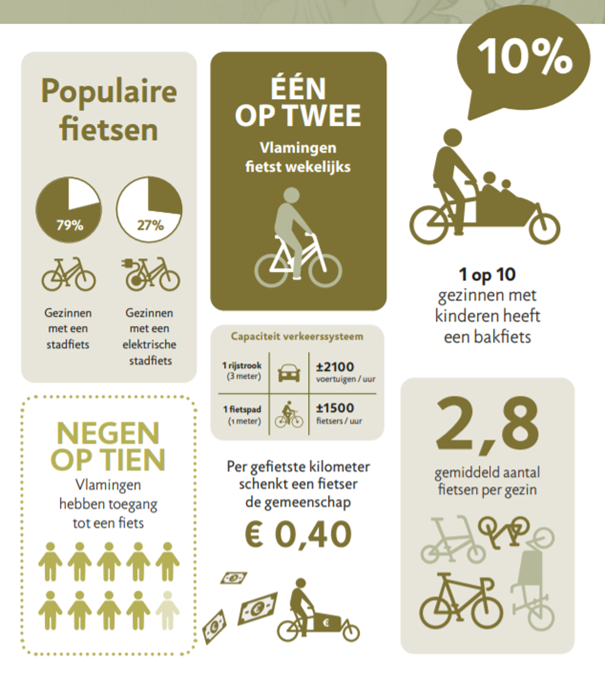 More information on the results and the methodology of the research can be found in the Flemish Bicycle Academy website also known as Fietsberaad Vlaanderen: https://fietsberaad.be/documenten/fietsdna2020/