On 4 December 2019 William Dogger, Alderman Mobility of the city of Zwolle (NL), mounted the first ‘sniffing sensor’ on the bike of an inhabitant in Zwolle. It symbolized the kick-off of the ‘sniffing bike’ pilot in Zwolle, part of the Bicycles and ITS (BITS) project. Zwolle is partner in the BITS project, which is lead by the Province of Overijssel and is co-funded by the Interreg NSR programme. The BITS project aims at improving the conditions for cycling through the application of Intelligent Transport Systems (ITS) and sharing of cycling data.

The aim of the pilot is to get insight in the most frequently used and ‘cleanest’ cycle routes. The sensor measures among others the amount of particles in the air. The sniffing bike also measures the speed and delays on routes. As a start ten cyclists in Zwolle will participate in the pilot. In the next months they will make their normal cycle trips with the mobile sensor attached to their bike. All data will be anonymized and aggregated to create a so-called heatmap of the cycle trips. Possibly at a later stage other sensors might be added. An extensive article about the project was published in the regional and local newspapers (only in Dutch). 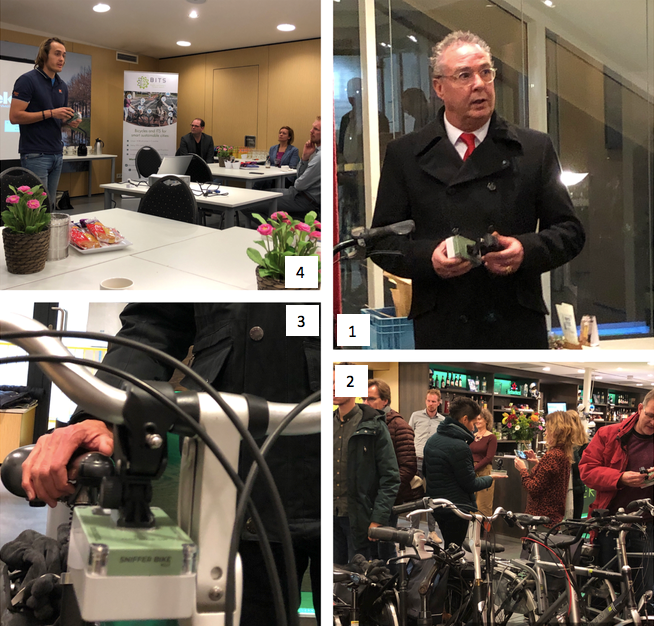 To watch the movie about the Sniffing Bike and the interview with the Alderman published on local TV in Zwolle, please click here (available only in Dutch).