The City of Bergen is now planning to reopen several waterways where the water currently flows underground.

The reopening of the canal in Mindemyren is already underway and now the city is investigating the possibility of reopening another underground waterway in a different borough: Fyllingsdalen.

The objective is to manage increased precipitation to reduce the likelihood of flooding and to create blue-green solutions to enhance the quality of the area.

This new BEGIN initiative examines the possibility of creating an open stream between the Kanadaskogen outdoor recreation area through Spelhaugen, down to the existing Sælenelven River.

Spelhaugen is a central part of the Borough of Fyllingsdalen, which at present consists of dwellings and commercial buildings. Comprehensive plans exist for new builds and it has been planned for Bergen Light Rail to stop at Spelhaugen when it is built.

One objective of reopening the stream is to create a well-functioning urban stream with space on its banks for adventure, activity and play.

The project is in the early phase. The plans for new builds in the area, as they currently stand, only partially comply with the municipality’s overarching stormwater management plans, which require open flood paths.

One of the tasks in the project will, therefore, be to adapt the private development plans to the plan for reopening the stream. Hopefully, this will demonstrate how it is possible to increase the value of a larger area with blue-green solutions.

Due to multiple issues, cross-disciplinary cooperation involving private developers, technical agencies in the Municipality of Bergen, Bergen Light Rail, hydrologists and landscape architects is necessary. Some questions to be answered are, is it possible to elevate the planned stop for Bergen Light Rail between half-a-metre and one metre to allow the water to flow? And is it possible to move builds in order to make the area for the stream bigger? 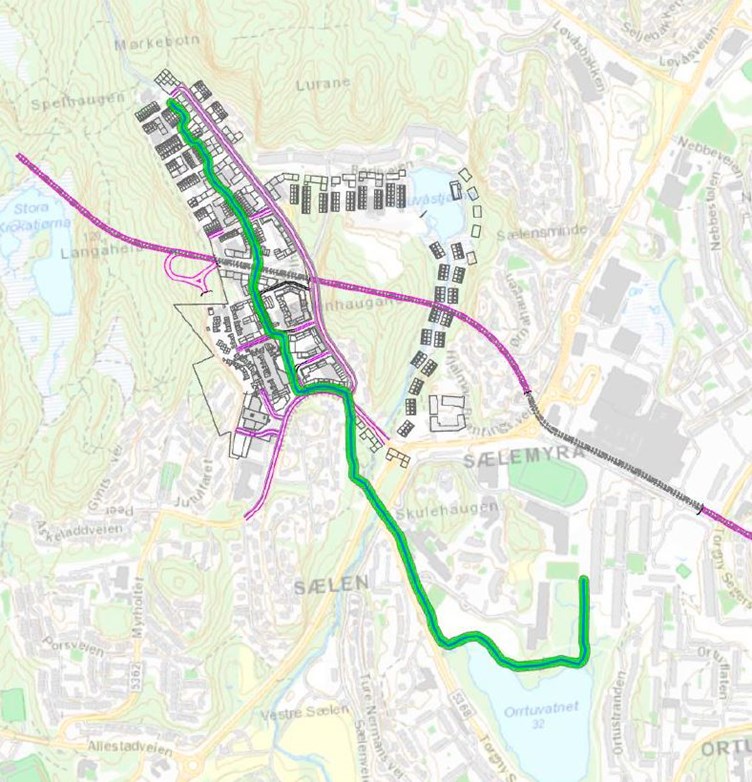