On February 6th 2018, the Antwerp municipality kicked-off a back-to-back three day learning exchange with BEGIN partner cities Bradford, Dordrecht and Ghent. The choice of partners for this exchange was not coincidental, with each of the cities encountering similar challenges and working in a similar context. 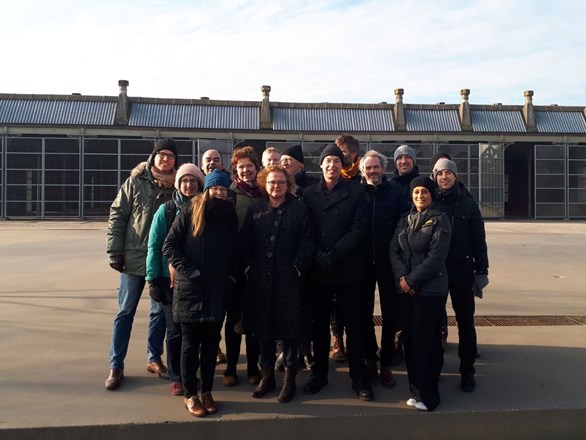 Following a warm welcome and introduction by Lien Engels (Antwerp BGI project leader), Filip Smits (urban planning department coordinator) provided the partners with an in-depth overview of the city’s policy on BGI initiatives, its tools and its challenges.

Several strategic visions have been developed to embody this policy, focusing on both the infrastructural as well as the social innovative aspects. Smits identified four infrastructural visions, each with a different focus, that will allow Antwerp to battle the consequences of climate change: the overarching Strategic Spatial Structure Plan and the subsequent Green Plan, the soon-to-be developed Water Plan and the Climate Adaption Strategy (following the 2004 mayor’s covenant).

To align with BEGIN objectives, the city of Antwerp aims to engage with citizens and stakeholders and include them in the decision-making process in a participatory way. The Antwerp municipality established an urban laboratory, City Lab 2050, which acts as a locus for future bound sustainability experiments and as a facilitator for the creation of cross-linkages between actors and stakeholders. Lien Engels then elaborated on both of Antwerp’s pilot projects: ‘Reconnecting the Schijn and Scheldt rivers’ and ‘Redesigning the Scheldt river left bank’. 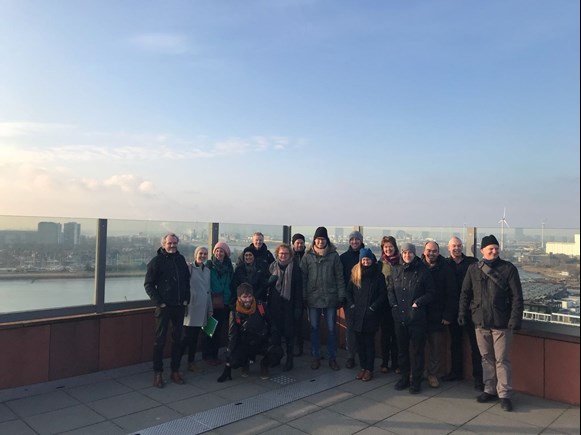 ‘Reconnecting the Schijn and Scheldt rivers’

Centuries of urban and port expansion pushed the river Schijn up north and underground, which is why nowadays, its water is being pumped artificially into the docks. The rivers Scheldt and Schijn and the docks are now 3 hydraulically ‘isolated’ water bodies.

The city of Antwerp wants to reconnect these bodies for several reasons, among which ‘collecting and buffering storm water during floodings’, ‘establishing more green areas’, ‘dealing with heat stress’ and ‘enabling fish migration’. Three feasibility scenarios were drafted for this pilot, which are currently still being researched: a park system, a docks system and a combined system. The commonality between them being that the water flow will be gravitational, instead of relying on pumps, resulting in the following quote of the day: “Gravity never fails”

To deal with the predicted rise of sea level, the regional Flemish authority designed a Sigma-plan that implies raising the left bank of the river Scheldt to create more space for the tidal river, while at the same time protect the adjacent urbanised areas. The concept is to re-design the left bank to create a recreational, open, residential and sustainable landscape. The city of Antwerp wants to include citizens and stakeholders in a co-creative way, through the redesigning process of this left bank, which is the premise for the second pilot project.

From theory to practice

This 3 day event being a city-to-city learning exchange, each city was asked to peer review each other’s pilot projects, which inspired a lively debate to conclude the morning session.

In the afternoon, the Antwerp team took their guests on a bike tour through the city, visiting the pilot sites and other successful urban planning schemes.

This kick-off session laid the foundation for further cooperation, answering some questions and posing new ones in the strive for more blue and green infrastructure, to deal with the consequences of climate change. 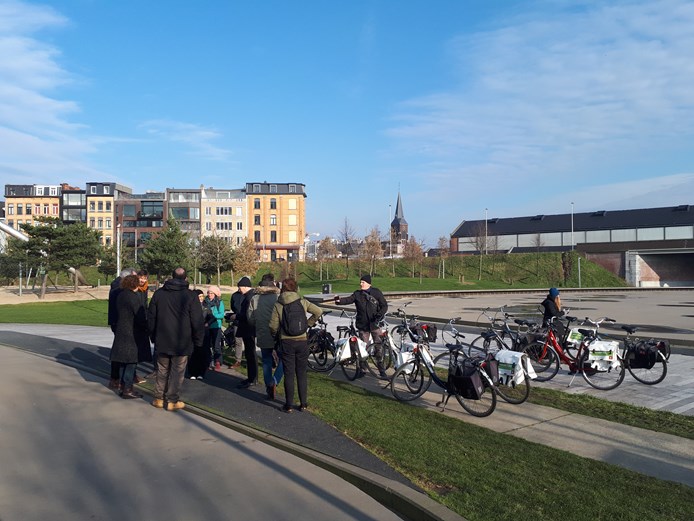