City Park is quality impulse for public area in Dordrecht

One of BEGIN's pilot projects is the Dordwijkzone. The Dordwijkzone will be transformed into a City Park XXL, larger than New York's Central Park. It will be a valuable city park with lots of opportunities for nature, recreation and culture.

The Municipality of Dordrecht invests in ecological and natural corridors, and an ecological reinforcement of the green area, as well as in sustainable traffic routes and improvement of the public space. Increasing engagement and participation of the citizens in the project is key.  The City Park XXL must be a park of and for the citizens of Dordrecht, where they love to spend time and can engage in all sorts of social and sports activities. The addition of much more green increases the benefits of living, health, physical activity, and reduces the emission of CO2 and heat stress. 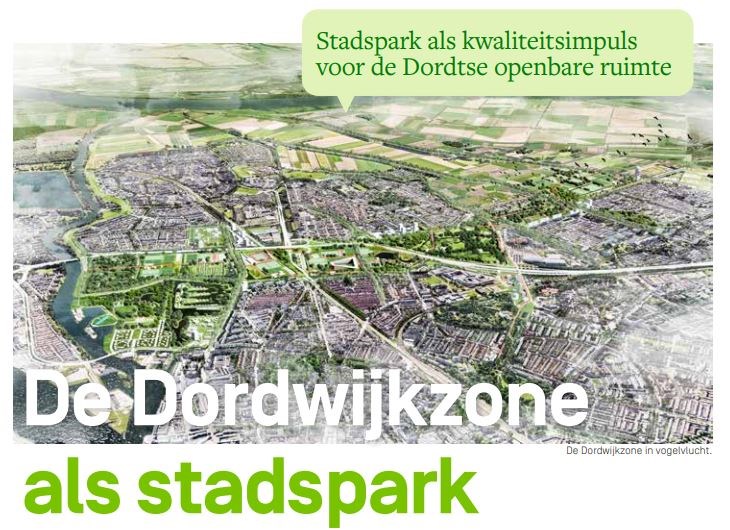 One of BEGIN's pilot projects in Dordrecht is De Staart. It is now an isolated area with many problems and few prospects. However, it can play an unexpectedly important role in realizing the Dordrecht water safety agenda. This is thanks to its location on 'high ground', the highest ground about sea level on the island of Dordrecht. De Staart has a unique location, surrounded by water, situated right next to National Park the Biesbosch, which offers a myriad of possibilities. The area can start functioning as a new, sustainable living environment, and as a refuge in the event of (water) emergencies.

If water safety is wielded as leverage to accomplish sustainable and inclusive urban development, opportunities suddenly arise. By making room in the design process for the accommodation of evacuees and other emergency facilities, a city can be created where people not only live and work, but where there is also plenty of room for recreation, education and other public facilities, both through a different approach at the building level and in the outdoor areas.

The leveraged approach also requires that De Staart is always easily and quickly accessible. This calls for new, good connections in and with the city, and between the city and the region. It also facilitates access to greenery and water. The Wantij can be laid out as a Tidal Park: beneficial for nature, for recreation, and for the quality of life on De Staart. And living on the water, in and with space for nature, becomes a serious option.

Where to seek refuge when Dordrecht is flooded?

600 hundred years ago, Dordrecht was the site of one of the most catastrophic floods in the Low Land’s history. In 1421, when Dordrecht was the capital city of Holland, a major storm caused several of the dykes to break. Around twenty villages around the city were completely destroyed, with casualties of up to several thousands of people. For decades afterward, the city was an island, only accessible by boat, and as a result, Dordrecht lost much of its importance. Nowadays, the city is still vulnerable to floodings. The relatively high level of De Staart makes it the best place to seek shelter in case of a flood emergency. Dordrecht tv made a report on the exhibition The High Ground, about De Staart's importance as potential shelter.

A Blue-Green Vision for the Island of Dordrecht

BEGIN has contributed to the Blue-Green Vision for the Island of Dordrecht. The vision combines a healthy living environment with climate adaptation, biodiversity and the island's rich cultural history.

Dordrecht is expanding in the coming years. In the coming years, 4,000 new houses will be built. After 2022, an additional 6,000 new houses will be developed. Generally, extra houses mean extra car movements and extra parked cars. By combining high-quality blue-green infrastructure with an excellent network of bicycle paths comfortably connected to public transportation we hope that the expected growth in car movements can be replaced by bike and public transportation.

Blue-green infrastructure ensures that the city is ready for the changing climate, and remains healthy and attractive as well. It provides ecosystems that are beneficial to both man and nature. In addition, it leads to better social, cultural and economical conditions.

We therefore invest in robust blue-green connections on the Island of Dordrecht. The main axes are the city's two most distinctive green zones: Wantij and Dordwijkzone. In addition to these two zones, there is a close-knit network of dykes, waterways, lanes and parks that bring all that green to the doorstep of virtually every citizen.

The Blue-Green Vision proposes the reinforcement of four blue-green infrastructures: 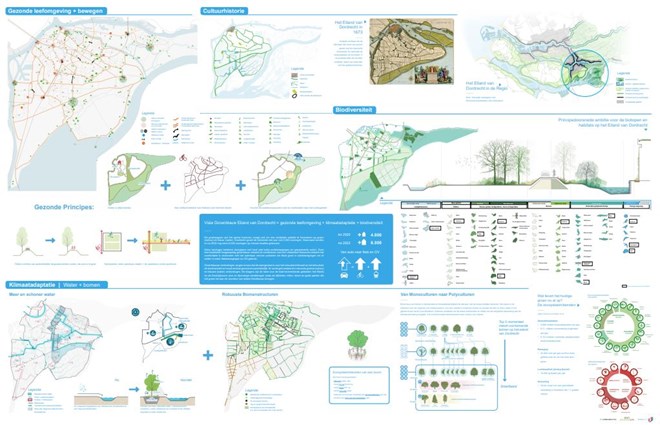 At the 2021 World Water Week, Dordrecht showcased its integrative approach to flood management. The city is the flagship in the Netherlands for the Valuing Water Initiative, which was launched 2 years before, by the Dutch prime minister Mark Rutte as an effort to implement the United Nations' Water Principles. The project focuses on how to change the view of flooding as part of sustainable urban design. 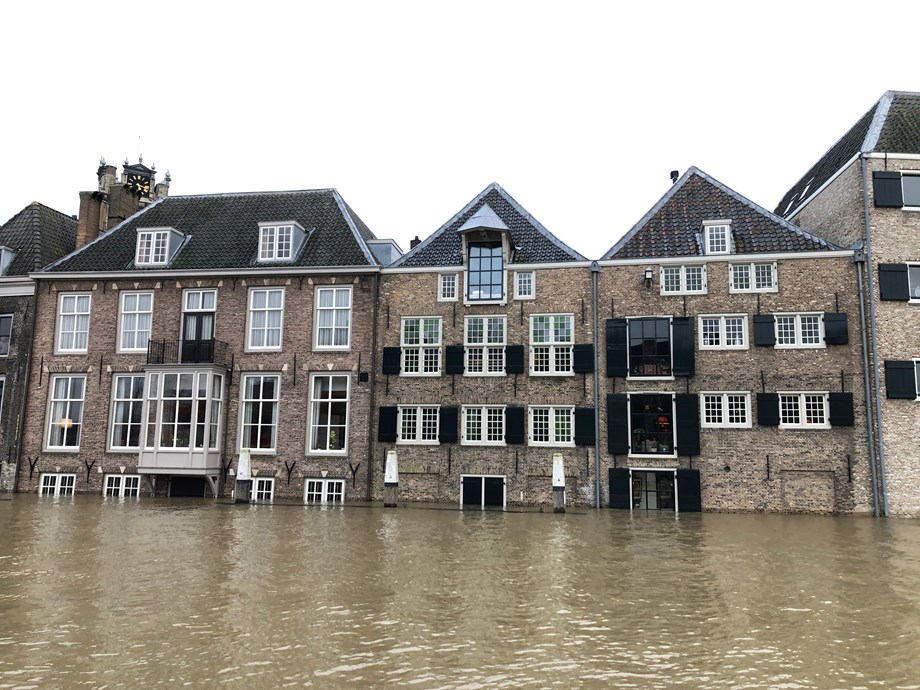 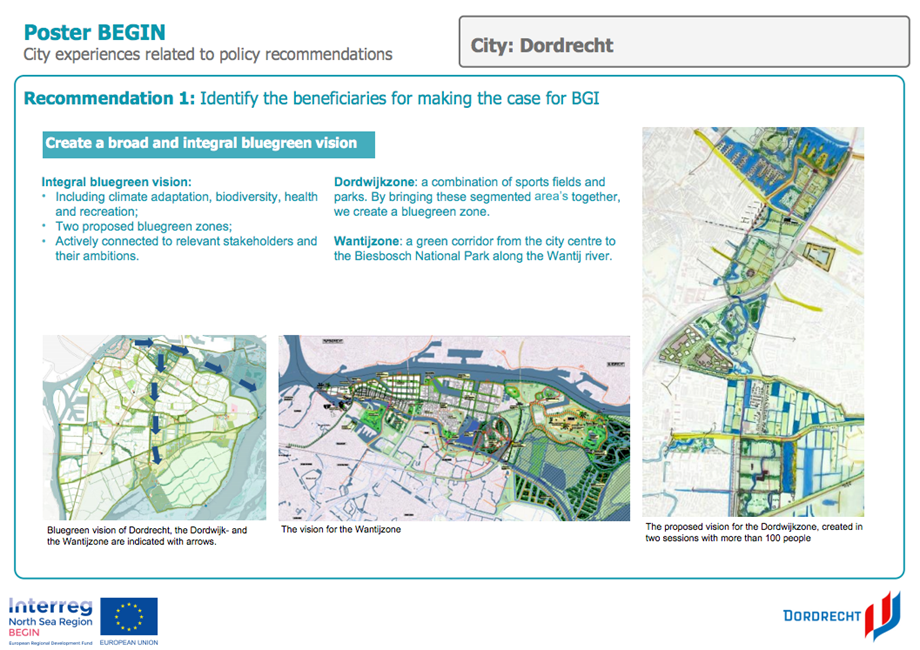