02 May 2022 - Published by Tom Pauwels
On 28th April, Hogeschool VIVES (campus Kortrijk), a renowned polytechnic university in Kortrijk (Belgium), was the buzzing meeting place of topnotch technical experts interested in the multiple potential applications of hydrogen (H2) in view of the energy transition. For E. VAN WINGEN NV, partner of the AVATAR Interreg North Sea Region program, it was the ideal opportunity to bring AVATAR into focus.

E. VAN WINGEN’s part in the project will make use of the Hydrogen ICE CHP, which it has already developed. Green electricity from renewable energy, generated in the region, is stored in hydrogen during the day while the vessels are on round. At night, the hydrogen fuels the ICE CHP to generate electric power and from there charge the batteries of AVATAR’s electric urban distribution vessels. They will load electric power at the outskirts of the city (e.g. SME business estates, etc.). At the same time, the H2 ICE CHP generates heat to be stored in a buffer tank of let’s say a building's central heating system. In practice, the heat could also be transferred to the Ghent district heating network. Key is that no energy is lost and that the urban distribution vessels are highly energy efficient. Buildings are heated without losses and unnecessary energy-consuming road transport is saved.

The visitors in Kortrijk, at least a hundred energy specialists, the Belgian Energy Minister among them, have shown great interest in the concept of AVATAR, while confirming their firm belief that E. VAN WINGEN, as an established manufacturer of high end power solutions, is best placed to promote the concept of linking the energy flows of electric power, heat and mobility. 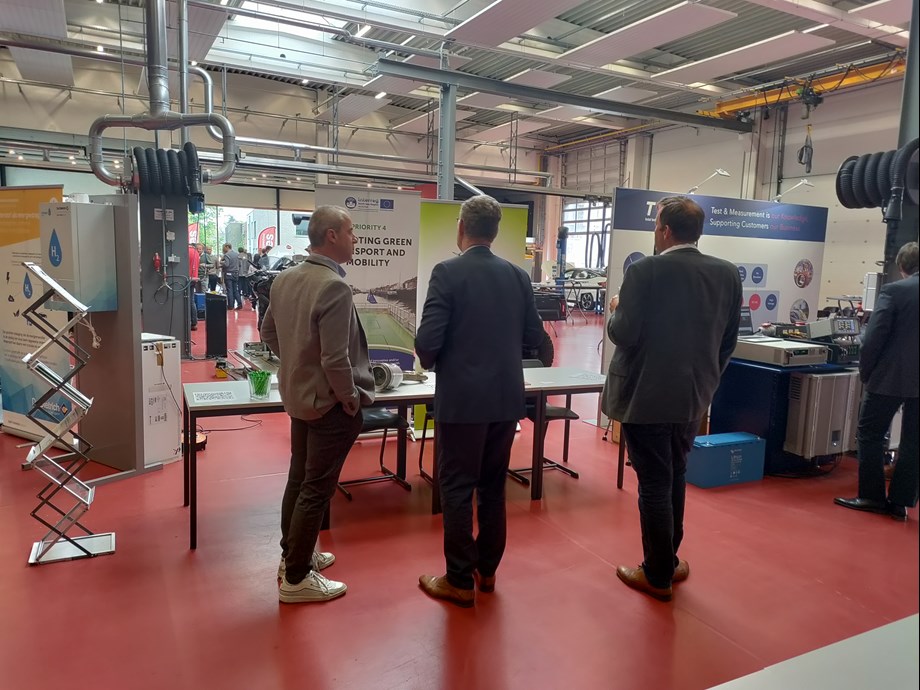