Over 200 pupils learn about 2IMPREZS in Sønderborg, Denmark

On the 30th of April, the Mads Clausen Institute (MCI) and the University of Southern Denmark (SDU) in Sønderborg held a big event: Projektmesterskabet ("The Project Championship"). The event is part of a large national festival for research and aims to teach pupils from the ages of 14-16 about research and research projects.

More than 400 kids from schools in the Sønderborg area took part in the event. Approximately 200 of them were given a tour of SDU, where they learned about interesting and innovative student projects.

The students were very enthusiastic to take part in the presentations and demonstrations of the solar tracker and were very interested in learning about how the 2IMPREZS project works to lower energy consumption in schools. 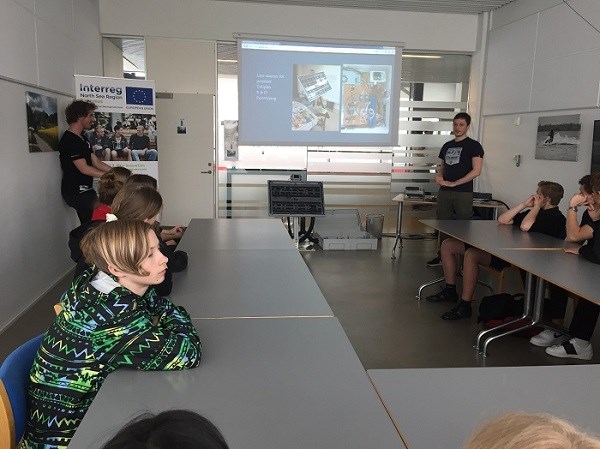 Engineering student Finn Lorenzen talks to school kids about 2IMPREZS and demonstrates the organic solar tracker developed within the project.