17 January 2019 - Published by Debbie Glen
Shortly before the engineering students at the University of Southern Denmark (SDU) start their winter exam period, they put their semester projects on display at TEK Expo - an annual engineering project exhibition at SDU Sønderborg. One of them was a 2IMPREZS Project dealing with organic solar cells.

One of the last days before Christmas, approximately 3-400 people visited TEK Expo at the University of Southern Denmark in Sønderborg.  They were there to experience firsthand all the exciting new inventions and projects that engineering students have worked with during the autumn semester.

One of the more than 50 semester projects on display encapsulated the latest results in the North Sea Region (NSR) project 2IMPREZS with respects to organic solar cells. A group of 9 students from different engineering study programs was given the task of constructing a sun-tracking device with organic solar cells and collect data regarding the performance of the cells.

Despite having only four months to complete the task, the group was ready to present their solution. Thus, family member, local company representatives, fellow students as well as two primary school classes and two high school classes learned about the new organic solar cell device.

In late January, the group must defend their project for a panel of internal and external examiners. 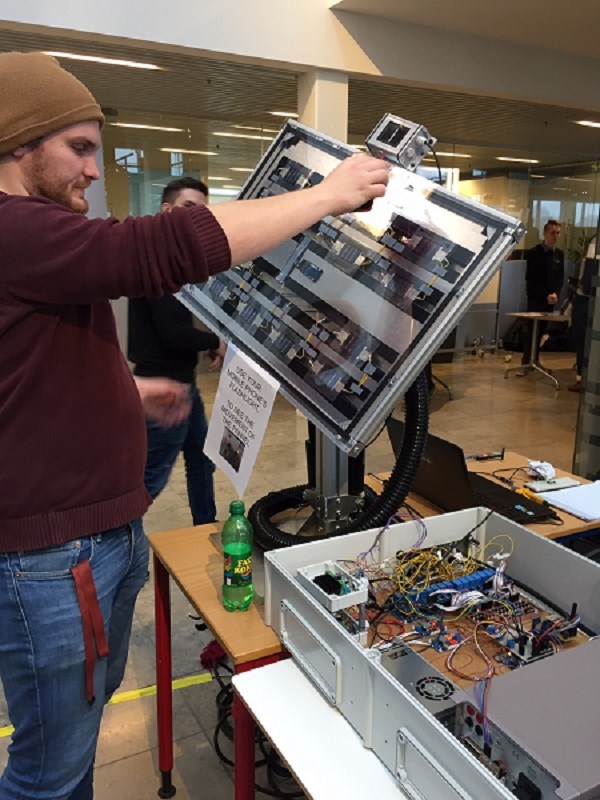