Children Climate Ambassadors make ‘Chairs of the Future’ for their Mayors

31 October 2019 - Published by Debbie Glen
During this event the children presented their ideas and handed over their chairs to their mayors.

As a part of Kempen2030, children from every municipality in the Campine Region, Belgium, gathered several times guided by GoodPlanet Belgium, to brainstorm about how we can make the region more climate friendly.

In addition, the children made ‘Chairs of the Future’ for their mayors.

These 'chairs' represent the voice of the future generations and are kept in the politicians' offices as a reminder that current actions (or rather, inaction) toward climate mitigation and adaptation greatly impact our futures and the futures of our children.

October 11th was the kick-off event of Kempen2030, this regional Belgian project aims to reduce CO2 emissions by 40% by 2030.

During the event the children presented their ideas and handed over their chairs to their mayors. 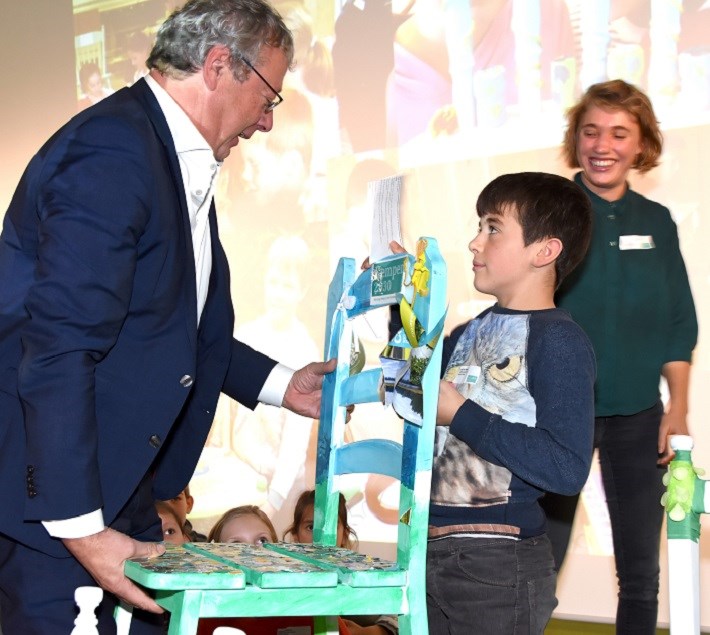