13 December 2018 - Published by Debbie Glen
30% Reduction in Energy Consumption - The Belgian municipal primary school Klim-op has taken a first major step in saving 30% of its energy consumption. The municipality of Herenthout has installed solar panels on the roof of the school…and has more energy savings in store.

The municipal school Klim-Op is one of twelve Belgian schools within the IOK Partner Region who have been implementing Energy Challenges since September 2018.

Klim-op is a municipal primary school with 340 pupils from 2.5 to 12 years of age, and their infrastructure is also utilised by the local music academy, childcare and a gymnastics group. The school was built partly in 1950, partly around 1973, and in 2009 the school had an energy consumption of 280 kWh / m², which was quite high for a primary school.

Both the school and the city council want to reduce energy consumption significantly. It was decided, after conducting an energy audit, to place solar panels on the roof of the school. A digital display inside the school now visualises the amount of solar energy that is being produced. 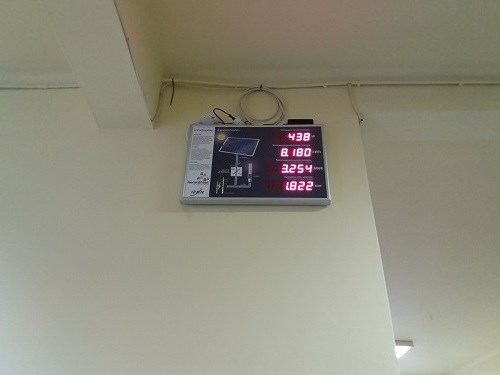 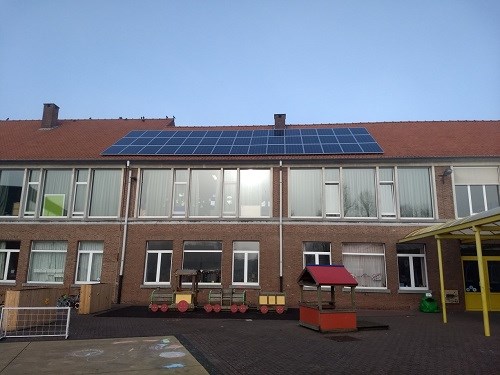 Solar panels, recently installed on the roof of the school.

There are more plans, and more ambitions.

On an educational level, Klim-op has decided to use this school year as a preparatory year to fully roll-out the 'Energy Challenges' within the school starting September 2019.

Conclusion: Klim-op is another Belgian school preparing to impress.