09 May 2018 - Published by Debbie Glen
On the 8th and 9th March 2018, 2IMPREZS Project Partners from across the North Sea Region (NSR) met for the 2nd International 2IMPREZS Partnership Meeting in Berlin. The meeting was host by the European Institute for Innovation, the project’s Communication Work Package leader, to give updates on their project progress, share success stories, and learn from one another regarding reducing energy consumption in schools.

One highlight of the meeting was the discussion held by Energy Challenges, the Dutch 2IMPREZS partner, which was centred around the actions they have taken so far to result in such successful integration of their behavioural change educational programme in the Netherlands. 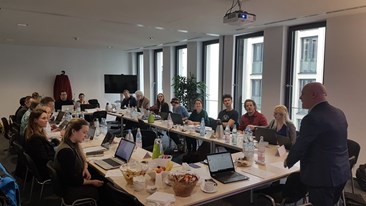 They explained how their Energy Challenges Kick-Off event in January brought together 500 students from more than 30 different Dutch schools to inspire them to ‘energize’ their fellow classmates to save energy and reduce carbon emissions. Energy Challenges walked through the details of their programme—a main component being their country-wide ‘Energy Challenge’ competition—emphasising their best practices techniques taken to overcome nearly identical obstacles the other partners are currently experiencing regarding uptake and implementation lag in their regions’ schools.

Energy Challenges serves as a role model for the 2IMPREZS partnership, as all other partners are on-board with implementing such ‘Energy Challenges’ into schools in their regions (although these programmes will be tailored to each region to produce effective, long term results). 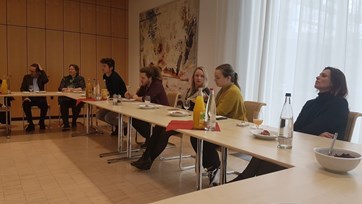 The 2IMPREZS partners from the SDU Mads Clausen Institute in Denmark went on to update the partners on their progress with the development of their interactive Energy Optimization and Decision Model (IEODM). Their model aims to create a ‘living lab’ out of classrooms in terms of monitoring and responding to excess energy consumption, is being developed ahead of schedule with the first version set to roll out in Summer 2018. The Danish partners also elaborated upon the inner workings of their more advanced version of the IEODM, which will provide real time energy measurements in high school classrooms to measure the surrounding the environment—allowing the students to react appropriately to reduce unnecessary energy usage. 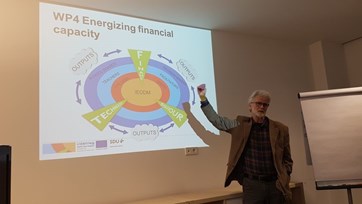 The 2IMPREZS partners spent much of the meeting splitting off into breakout rounds to better pinpoint the obstacles for each partner region and the logistics behind combating such obstacles with tested good practices. One Belgian partner suggested the concept of e-Twinning to best promote Energy Challenges in schools, for example, while another partner from Southend in the UK outlined their successful business model that was produced for a school board to allocate some of their budget toward energy efficient retrofitting. The partners also shared ideas that may be applicable in their neighbouring regions, such as leading schools onto the idea of interest free loans—available in the UK, to be paid back after 8 years—to combat financial barriers.

The two-day partner meeting concluded on a high note with a tour of and presentation in the Embassy of Lower Saxony. Here, the partners introduced the 2IMPREZS project, networked and discussed which potential political barriers must be overcome to lower energy consumption in schools in the Lower Saxony region of Germany. 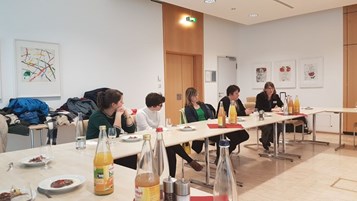 Overall, the 2nd International 2IMPREZS Partner Meeting in Berlin was a success. The partners fed off of one another’s innovative ideas, learned how to overcome similar challenges in their respective regions, and set new goals and actions to be executed in next months. Having only been a live project since its kick-off in November 2017, 2IMPREZS is well on its way to reaching its goal of 30% energy savings in 141 schools (emission reduction of 7320 tonnes of CO2) in the North Sea Region. Plus, now each of the partners can say ‘’ich bin ein Berliner’’ with confidence—until the 2IMPREZS partners reconvene in Groningen, Netherlands.