02 November 2021 - Published by Debbie Glen
Serving as the Mid Term Event of the extended Interreg North Sea Region (NSR) 2IMPREZS project, this online conference demonstrated how the transnational 2IMPREZS Energy Challenges approach can be applied in various regions to save energy and reduce carbon emissions, setting the stage for the next phase of the extended project.

The Interreg North Sea Region (NSR) 2IMPREZS project is a tried-and-true method of reducing energy consumption in school buildings, thus lowering carbon emissions, across the five participating North Sea Region countries of Belgium, The Netherlands, Germany, Denmark and the UK. From 2017 to 2021, the 2IMPREZS project stimulated change in the current climate crisis and resulting energy transition by fostering both behavioural and technical efficient energy saving measures in existing schools, reducing energy consumption and thus reducing CO2 emissions. The proven comprehensive transnational strategy achieved significant energy savings in hundreds of schools in the North Sea Region, representing an emission reduction of at least 6281 tonnes of CO2 in the short term. On numerous occasions, 2IMPREZS has received top-level European exposure, having taken home the grand prize of the Interact Project Slam 2019 at the European Week of Regions and Cities, as well as winning the North Sea Region Video Contest in 2020, and has made a substantial impact within the Interreg NSR Programme and beyond.

The Interreg NSR 2IMPREZS project has proven that there is an incredible need and demand for a transnational energy-saving programme that can help schools save not only energy, but also money. However, a main conclusion of the partnership is that although successful through its outcomes and results, 2IMPREZS has been pursued thus far in very much a traditional fashion – with a lot of room for improvement and more opportunities to build capacity. As exposed by the ongoing Covid-19 pandemic, combined with the general increasing trend towards digitalisation, in the last year it has become incredibly important to promote intelligence-sharing in order to benefit both the economy as well as the environment. It has become evident that the future of the 2IMPREZS Energy Challenges and their impact could be improved through the development of a digital version of the transnational energy-saving programme – “2IMPREZS 4.0”. 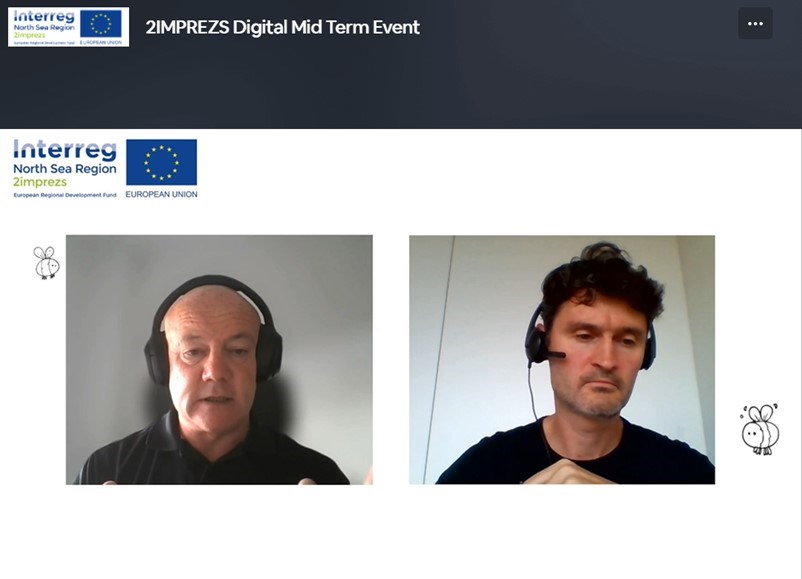 Q&A session between Steven Heylen (Lead Partner, IOK) and Chris Ashe (Event Moderator, atene KOM GmbH), during which the energy consumption and carbon emission reduction results of the project – particularly in terms of the project’s potential to build capacity beyond the project lifetime – were presented and discussed.

Due to the success of the 2IMPREZS Energy Challenges, the 2IMPREZS project has been awarded additional European funds and extended for a further 18 months in order to reach more schools in existing and additional regions, develop a digital programme, and continue the considerable reduction in energy consumption and carbon emissions.

Therefore, the final conference of the 2IMPREZS project was restructured to serve as the midterm event of the extended “2IMPREZS 4.0” project. Held in conjunction with the Belgian National Energy Week as well as EU Sustainable Energy Week as a Sustainable Energy Day for additional European and national level exposure, the 2IMPREZS Mid Term Conference presented the results and communicated the impact of 2IMPREZS, effectively setting the stage for the next phase of the extended project. 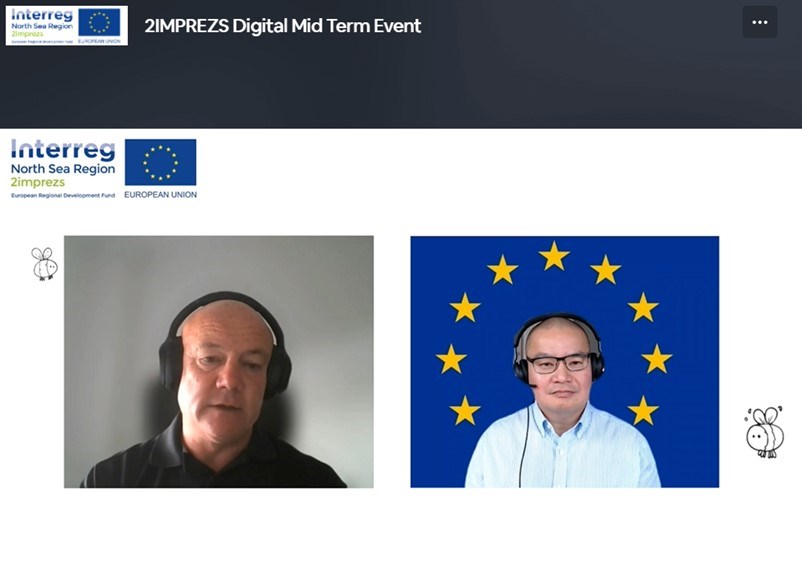 In additional to offering informative panel discussions focused on the implementation of the transnational 2IMPREZS Energy Challenges programme in partner regions, the two-hour event featured demonstrations of the 2IMPREZS digital tools – the 2IMPREZS Interactive Fact Sheets and the E. Wattson “Energy Detective”, or interactive energy optimisation decision making model. To conclude the diverse programme, an interview was held between the event moderator, Chris Ashe (atene KOM GmbH), and Jesper Jönsson (North Sea Region Joint Secretariat), during which the representative of the Joint Secretariat applauded 2IMPREZS for its ability to increase awareness – having reached over 55,000 pupils – enable significant energy savings and carbon reduction, and effectively bridge the ongoing Covid-19 pandemic through adapting and continuing to build capacity of the 2IMPREZS concept.

Finally, a closing video announcement by Frans Timmermans, Executive Vice President of the European Commission for the European Green Deal, congratulated the 2IMPREZS students while also serving as a call to action for current and future generations: “Your actions, your ideas, and above all, your commitment give hope for the future. We face enormous challenges, but we can tackle them together. Thank you once again for your inspiring actions so far – keep up the good work!” 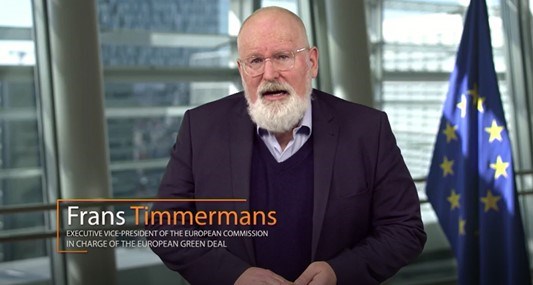 And indeed, our work here has only just begun. Next stop – 2IMPREZS 4.0.